Buy, Sell or Swap on the Coin Hunter Facebook Group - join the group and post an image of the actual 2017 First World War Centenary Aviation £2 Coin you would like to swap or sell, or post to ask for this coin and give details of the price you are willing to pay or coins you are willing to swap.

The First World War was the first time that aircraft had been used on a large scale in conflict. At the start of the war, aircraft were mainly used for tactical work and reconnaissance, but as the war developed, both sides started using them to drop bombs, and pilots became entangled in "dog fights". By the end of the war, the RAF was established, a significant division of the British forces. The role of these pilots became crucial to the war effort, just as much as the troops on the ground.

This 2017 coin honours the work that these early aviators did, and the sacrifices they made in this dangerous work for their country. The reverse design by Dan Flashman shows an aircraft of the period similar to the Martinsyde G.100 Elephant flying over country fields, with the caption "THE WAR IN THE AIR". The reverse features the 5th portrait by Jody Clark. 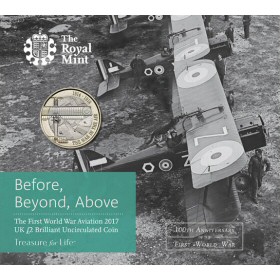 Join the Coin Hunter community to help complete your coin collection: Join Coin Hunter free and you could find this coin using our online coin hunt app. Any coins you find and lock, including the 2017 First World War Centenary Aviation £2 coin can be yours. 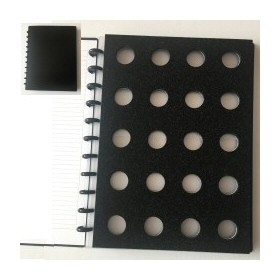 Display or store your £2 coins: Keep your First World War Aviation £2 Coins in an album or display frame made using our exclusive Coin Foam. Each A4 sheet holds 20 £2 or 50p coins.