Buy, Sell or Swap on the Coin Hunter Facebook Group - join the group and post an image of the actual 1999 Rugby World Cup £2 Coin you would like to swap or sell, or post to ask for this coin and give details of the price you are willing to pay or coins you are willing to swap. 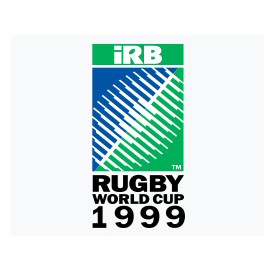 In 1999, the Rugby World Cup was hosted by Wales, with the opening game and final held at the recently completed Millennium Stadium in Cardiff. Australia went on to win the event with a score of 35-12 against France.

This was the first commemorative circulating £2 and coin shows a stadium, with a rugby ball and goalposts superimposed on the foreground. Around the outside are more goalposts. The edge inscription simply states the event the coin is celebrating – RUGBY WORLD CUP 1999. The reverse design is by Ron Dutton and the obverse features the 4th portrait by Ian Rank-Broadley.

With almost 5 million of these coins minted, they shouldn't be too hard to find in circulation, but thanks to the age, it may be harder now to find one in good condition, something most collectors will be concerned about. 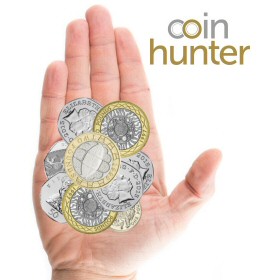 Join the Coin Hunter community to help complete your coin collection: Join Coin Hunter free and you could find this coin using our online coin hunt app. Any coins you find and lock, including the 1999 Rugby World Cup £2 coin can be yours.