This page contains information about the coin struck to mark the 100th Anniversary of Marconi's first wireless transmission across the Atlantic.You can use the coin quick links below to find key information fast.

Buy, Sell or Swap on the Coin Hunter Facebook Group - join the group and post an image of the actual 2001 Wireless Transmission £2 Coin you would like to swap or sell, or post to ask for this coin and give details of the price you are willing to pay or coins you are willing to swap. 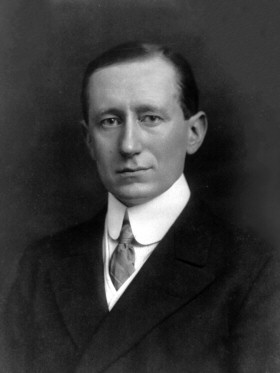 Born in 1874 in Italy, Marconi studied physics and developed an interest in how radio waves worked. He started by sending radio waves over short distances of only a mile or two, but soon developed it further. In 1899, he succeeded in sending a signal across the English Channel, but it was the success of sending a signal from England to Canada in 1901 that earned him worldwide fame. There was still a lot to learn about the rules and characteristics of radio waves, but Marconi had proven to many, that it was possible to transmit radio waves over such long distances.

The reverse of this £2 coin, designed by Robert Evans, depicts a pattern of radio waves, spreading out from the source on the left. There is also a spark between the zeroes of the date indicating how radio waves are produced. The obverse by Ian Rank-Broadley features the 4th portrait of the Queen. The edge inscription states "WIRELESS BRIDGES THE ATLANTIC…MARCONI 1901". 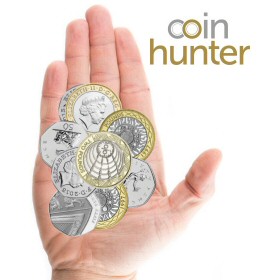 Join the Coin Hunter community to help complete your coin collection: Join Coin Hunter free and you could find this coin using our online coin hunt app. Any coins you find and lock, including the 2001 Wireless Transmission £2 coin can be yours.

Minting errors: Is there a Wireless Transmission £2 coin mint error?