Whilst the next Christmas 50p release from The Royal Mint is now just days away - why not take this opportunity to catch up with the first two coins in the set from 2018 and 2019. 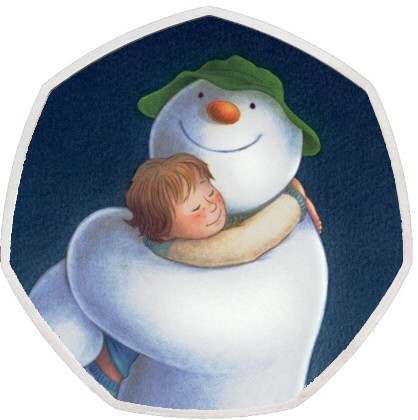 The brand new third coin in the Christmas 50p series shows James and the Snowman in a warm embrace. 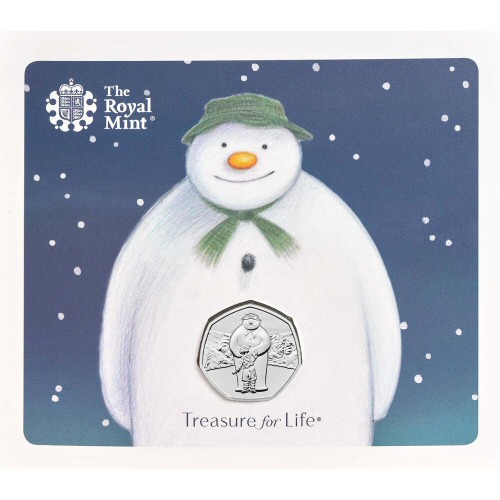 The second Snowman 50p release follows on from the 2018 coin that marked the 40th Anniversary of the story of The Snowman. The new 2019 design by Natasha Ratcliffe shows The Snowman and the boy James. The fifty pence piece is struck to Brilliant Uncirculated quality and displayed in The Royal Mint's official presentation folder. 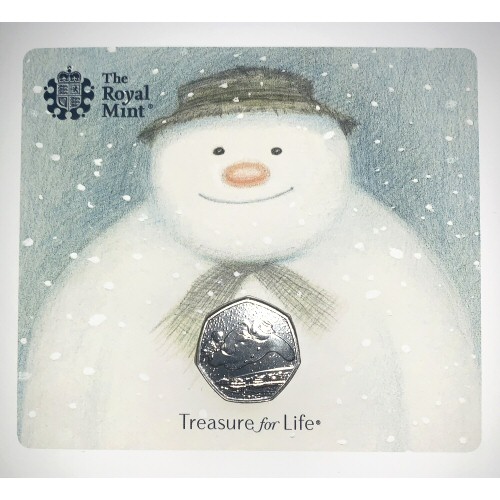 This Brilliant Uncirculated fifty pence piece is displayed in The Royal Mint's official presentation folder which has lots of information about The Snowman, Raymond Briggs and the coin itself.

The Snowman is a childrens book written in 1978 by Raymond Briggs, this book provided the story and imagery for the 1982 animated film. The famous image of The Snowman and the boy flying over fields and roof tops on their way to the north pole, is used on the 2018 50 pence piece.

The theme music for the journey to the north pole was "Walking in the Air" by Howard Blake, recorded for the film by choirboy Peter Auty. In 1985, Toys "R" Us created an avert based on the film, with a new version of the song recorded by Aled Jones.