The Snowman is a childrens book written in 1978 by Raymond Briggs, this book provided the story and imagery for the 1982 animated film.

The fourth coin in the series is expected to be released in November as a Christmas card similar to the Royal Mint packaging used with the 2020 50p coin. 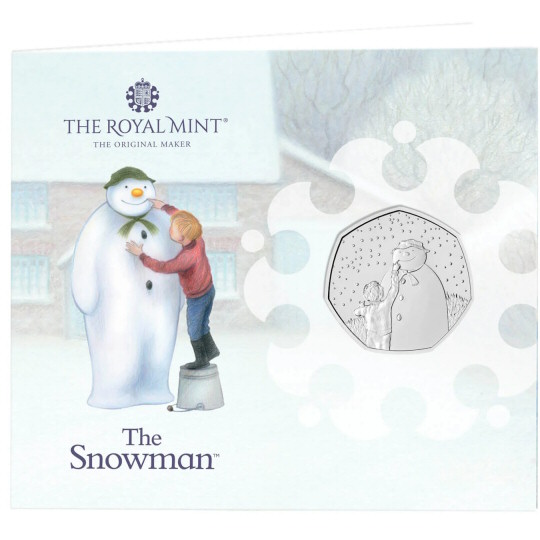 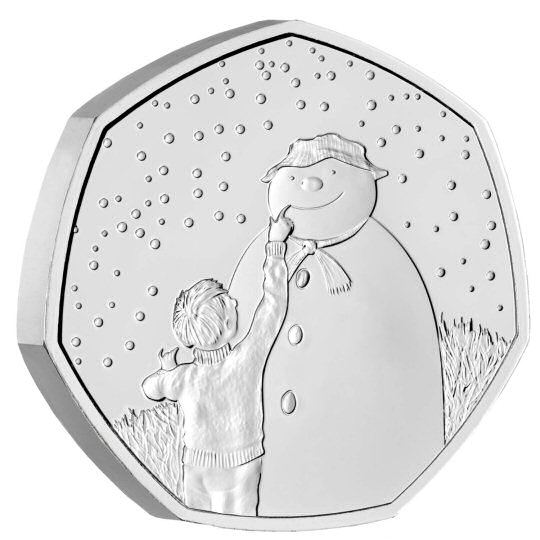 This 50p will be released as a Brilliant Uncirculated coin NSFC (Not Struck For Circulation).

The third coin in the series was released on the 1st of December 2020, the Christmas card packaging sold for £10 on The Royal Mint website and contained a BU 50p coin showing James and The Snowman in a warm embrace. 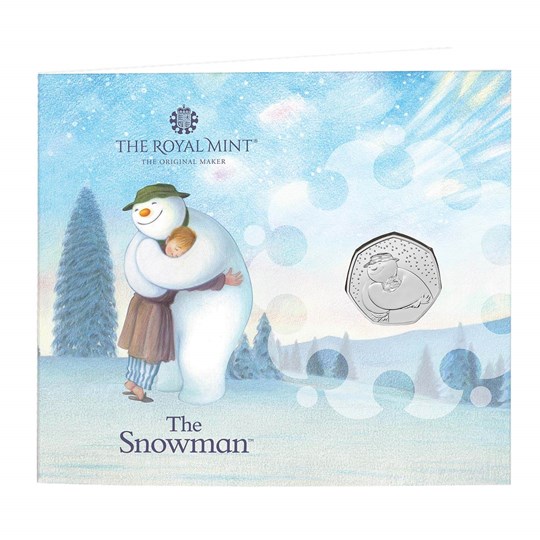 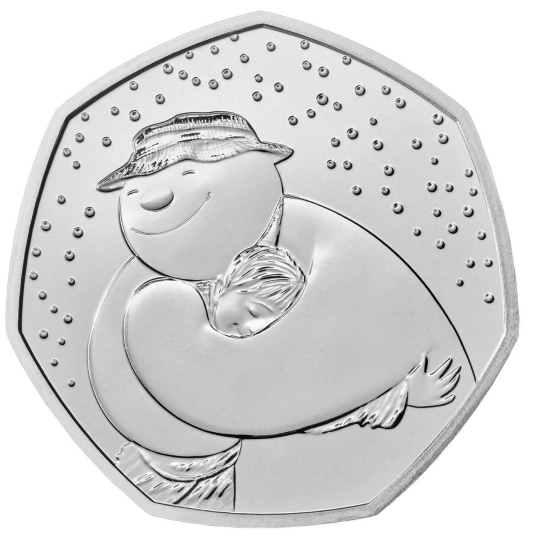 This 50p was released on 01/12/2020 as a Brilliant Uncirculated coin NSFC (Not Struck For Circulation).

The second Snowman 50p release followed on from the 2018 coin that marked the 40th Anniversary of the story of The Snowman. Issued on the 5th of November 2019, the 50p coin designed by Natasha Ratcliffe shows James stood in front of The Snowman. 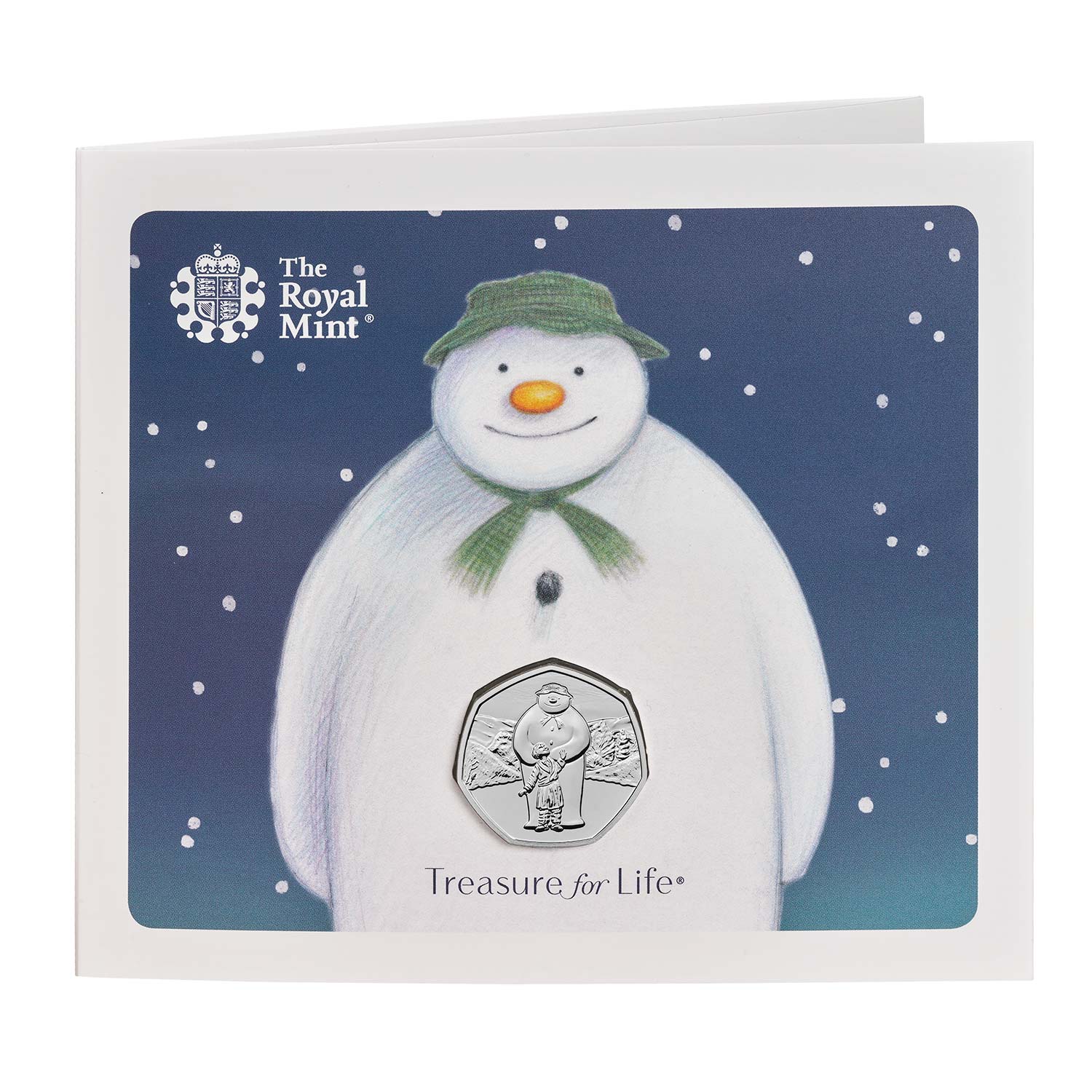 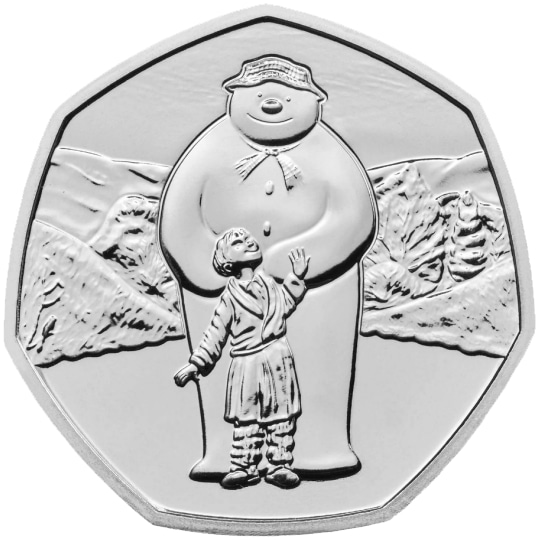 The Snowman 50p (James stood with The Snowman)
2019
Mintage: Unknown

This 50p was released on 05/11/2019 as a Brilliant Uncirculated coin NSFC (Not Struck For Circulation).

The first coin in the series was released on the 5th of November 2018, the 50 pence piece design is based on the famous image of The Snowman and the boy James, flying over fields and roof tops on their way to the north pole. 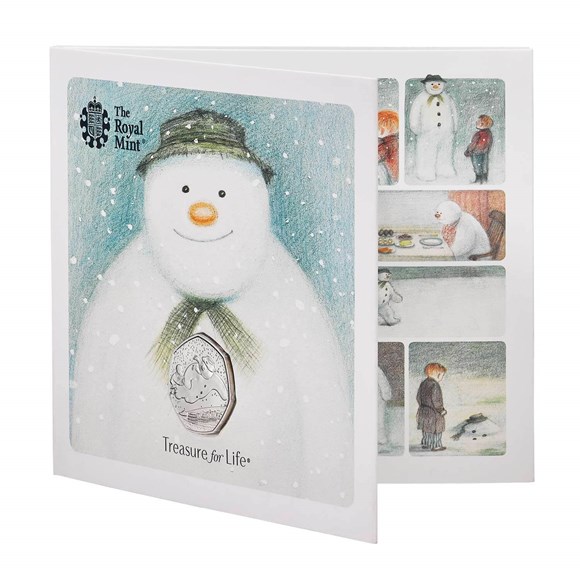 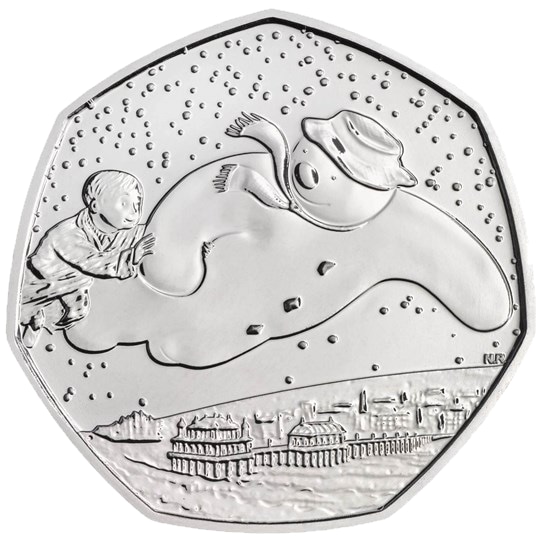 This 50p was released on 05/11/2018 as a Brilliant Uncirculated coin, it was the first 50p coin that was only available to buy and was "Not Struck For Circulation" (NSFC).

67,644 of the Royal Mint packs were produced and 103,061 loose BU coins were supplied to third party companies such as The Westminster Collection to be sold in Change Checker cards.

The theme music for the journey to the north pole was "Walking in the Air" by Howard Blake, recorded for the film by choirboy Peter Auty. In 1985, Toys "R" Us created an avert based on the film, with a new version of the song recorded by Aled Jones.