Well the Union Flag has to feature on an A to Z of Britain, this design simply drops a U on top of a section of the Union Jack as I have always known it.

The Union Flag 10p coin can be found in your change, coins entered circulation dated 2018.

This A to Z 10p and the other 25 designs can now be purchased direct from Coin Hunter. BUY NOW: A-Z 10p Coins (Free Delivery). 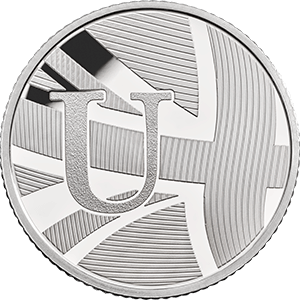 The Royal Mint released the Quintessentially British A to Z coin 10p collection in March 2018, with first strike U for Union Flag coins sold online for £2 each, or on a card from The Royal Mint shop for £4.

You can store your letter U 10p with the rest of the alphabet in the Great British Coin Hunt 2018 10p Coin Collector Album.

If you want to display a selection of 10p letters, for example to spell out a name, the Great British Coin Hunt Name Frame is available in black or white for £20 and holds up to 8 coins.