Buy, Sell or Swap on the Coin Hunter Facebook Group - join the group and post an image of the actual 2002 XVII Commonwealth Games (Northern Ireland) £2 Coin you would like to swap or sell, or post to ask for this coin and give details of the price you are willing to pay or coins you are willing to swap. 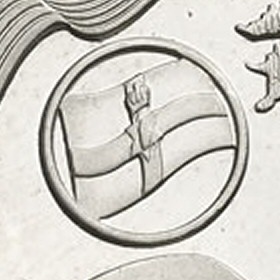 In 2002, the Commonwealth Games were hosted by Manchester; key events were held at the newly-built City of Manchester Stadium. 72 nations took part in the 281 events across 17 sports, with Australia becoming the overall winner, England finished second.

There were four variations of the Commonwealth Games £2 coin. All showed a person carrying/running with a banner. To the left of the person is a circle which contains a different flag for each region of the UK – England, Scotland, Northern Ireland, and Wales. This design by Matthew Bonaccorsi is highly collectable due to the rarity. The obverse shows the 4th portrait by Ian Rank-Broadley.

Each variation had a mintage of less than 1 million, and over time, many of these will have been withdrawn from circulation, making them some of the rarest two pound coins in circulation and highly sought after.

485,500 of the Northern Ireland flag design were released, making it the rarest £2 coin in circulation, but it can look very similar to the English flag coin, so make sure to check carefully.