This page contains information about the coin struck to mark the First World War Centenary.You can use the coin quick links below to find key information fast.

Buy, Sell or Swap on the Coin Hunter Facebook Group - join the group and post an image of the actual 2014 First World War Centenary £2 Coin you would like to swap or sell, or post to ask for this coin and give details of the price you are willing to pay or coins you are willing to swap. 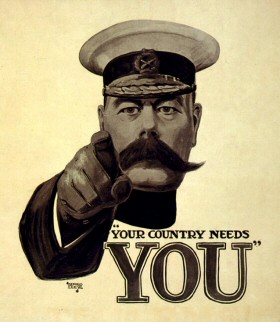 The first in a 5-coin series remembering the First World War, the 2014 £2 coin reflects the outbreak of war, when the country's concern was gathering a large enough army to fight in the war. Conscription wasn't used until 1916, so initially, the British Army relied on volunteers.

Lord Kitchener was tasked with this recruitment, and the 2.5 million men who signed up voluntarily became known as Kitchener's Army. The iconic poster of him pointing at the viewer from any direction would have influenced many men, but was not mass produced – there were many variations of recruitment posters. This one however, has been reproduced hundreds of times since the war and so today is linked intrinsically to the start of the First World War.

The 2014 First World War £2 coin, designed by John Bergdahl, features Kitchener pointing, and the tagline – Your Country Needs You – on the reverse. Ian Rank-Broadley's portrait of the queen is used on the obverse (4th portrait). 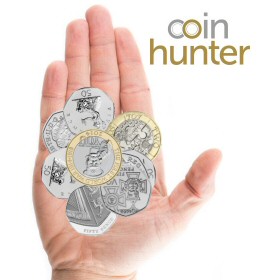 Join the Coin Hunter community to help complete your coin collection: Join Coin Hunter free and you could find this coin using our online coin hunt app. Any coins you find and lock, including the 2014 First World War Centenary £2 coin can be yours. 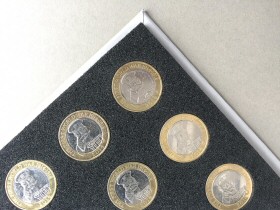 Display or store your £2 coins: Keep your First World War Centenary £2 Coins in an album or display frame made using our exclusive Coin Foam. Each A4 sheet holds 20 £2 or 50p coins. 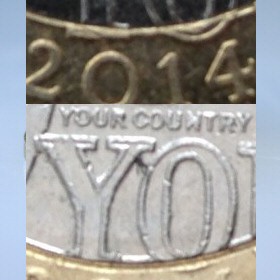 This is not a minting error, the part letter may be missing as it struck in the space between the inner and outer part of the coin (or in some cases it has worn down).