Buy, Sell or Swap on the Coin Hunter Facebook Group - join the group and post an image of the actual 2011 King James Bible £2 Coin you would like to swap or sell, or post to ask for this coin and give details of the price you are willing to pay or coins you are willing to swap. 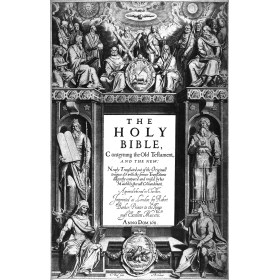 In 1604, King James VI of Scotland, (I of England and Ireland) decided that a new translation of the Christian Bible was needed. This new translation would be accurate, and designed to unite different denominations of the church. The first copy of the King James Bible, sometimes known just as the Authorised Version, was completed in 1611 and the language used has influenced the English language we use now because it was so widely available. Today, it is often regarded as the best Bible translation and some Christians use only this version.

The 400th anniversary of the completion of the translation was marked with this £2 coin. The reverse shows the quote "In the beginning was the Word", with the printing blocks to the left of the printed stylised text. The words "King James Bible" and the anniversary dates surround this on the outer ring of the coin. This was designed by Paul Stafford and Benjamin Wright, with the edge inscription "THE AUTHORISED VERSION". Ian Rank-Broadley's portrait is used on the obverse.

With just under one million of these coins minted, it is quite rare, and collectors are willing to pay up to 4x face value for it. 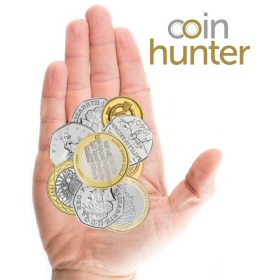 Join the Coin Hunter community to help complete your coin collection: Join Coin Hunter free and you could find this coin using our online coin hunt app. Any coins you find and lock, including the 2011 King James Bible £2 coin can be yours.