Buy, Sell or Swap on the Coin Hunter Facebook Group - join the group and post an image of the actual 2008 London Olympic Games of 1908 £2 Coin you would like to swap or sell, or post to ask for this coin and give details of the price you are willing to pay or coins you are willing to swap. 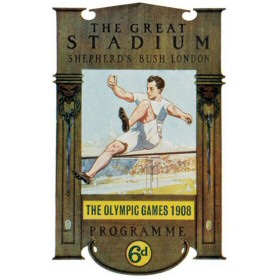 After originally being planned to take place in Rome, the 1908 Olympic Games were moved to London when Mount Vesuvius erupted and money was needed to rebuild the city instead. The White City Stadium was quickly built, and featured a running track, cycling track on the outside of this, and a swimming and diving pool in the middle – almost all the Olympic events were held in this one stadium.

This £2 coin designed by Thomas T Docherty shows a running track with "1908" within it. This is surrounded by "London Olympic Centenary" and the edge inscription states "THE FOURTH OLYMPIAD LONDON". The obverse used is Ian Rank-Broadley's design.

Only 910,000 of this design were produced, making it quite a rare coin so be sure to keep an eye out for it! 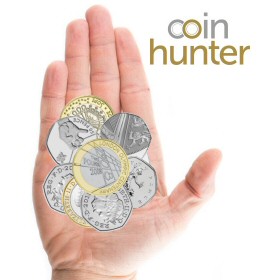 Join the Coin Hunter community to help complete your coin collection: Join Coin Hunter free and you could find this coin using our online coin hunt app. Any coins you find and lock, including the 2008 London Olympic Games of 1908 £2 coin can be yours.

Minting errors: Is there a London Olympic Games of 1908 £2 coin mint error?