Buy, Sell or Swap on the Coin Hunter Facebook Group - join the group and post an image of the actual 2013 London Underground - Roundel £2 Coin you would like to swap or sell, or post to ask for this coin and give details of the price you are willing to pay or coins you are willing to swap. 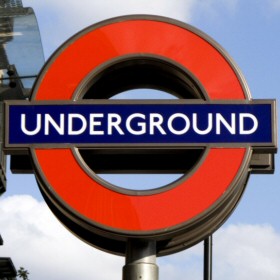 The iconic London Underground roundel (originally known as the "bar and circle") was first used in 1908 as a platform nameboard, to make the station name stand out amongst all the advertising. Today, the red circle with a blue line through it is used on all underground stations, and similar designs are used on other Transport for London services. Old roundels are quite desirable to some collectors.

2013 marks 150 years since the first part of the Underground was opened, and the roundel branding has become strongly associated with it. The reverse of this coin was designed by Edwina Ellis and shows the Underground roundel and the key dates of the anniversary, with lettering in the Johnston typeface that is used for all Underground signs. The edge inscription is the phrase "MIND THE GAP", synonymous with the London Underground. Ian Rank-Broadley's obverse design is found on the other side. 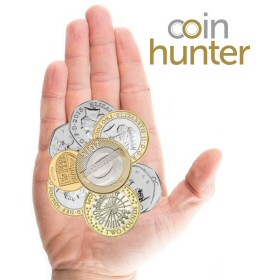 Join the Coin Hunter community to help complete your coin collection: Join Coin Hunter free and you could find this coin using our online coin hunt app. Any coins you find and lock, including the 2013 London Underground - Roundel £2 coin can be yours.