Buy, Sell or Swap on the Coin Hunter Facebook Group - join the group and post an image of the actual 2013 London Underground - Train £2 Coin you would like to swap or sell, or post to ask for this coin and give details of the price you are willing to pay or coins you are willing to swap. 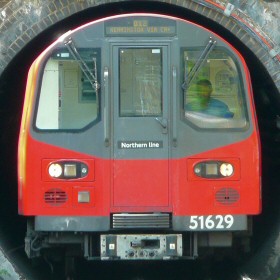 The Metropolitan Railway opened in 1863 as the world's first underground railway, which now makes up part of the Circle, Hammersmith & City and Metropolitan lines of the London Underground. Later, the 1890 City & South London Railway was the first to use underground electric trains, and is now part of the Northern line.

Fact: Only 45% of the London Underground is below the surface – most of it outside the centre of London is above ground.

This is one of two £2 coins released in 2013 to celebrate the 150th anniversary of the London Underground, and depicts a 1967 Victorian Line train moving towards the observer on the tracks, with key dates and "London Underground" on the outer ring. The reverse was designed by Edward Barber and Jay Osgerby, with Ian Rank-Broadley's obverse portrait. The edge inscription shows the dot and line pattern that makes up the Tube map. 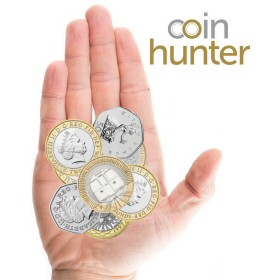 Join the Coin Hunter community to help complete your coin collection: Join Coin Hunter free and you could find this coin using our online coin hunt app. Any coins you find and lock, including the 2013 London Underground - Train £2 coin can be yours.