This page contains information about the coin struck to mark the 200th Anniversary of the first steam locomotive by Richard Trevithick.You can use the coin quick links below to find key information fast.

Buy, Sell or Swap on the Coin Hunter Facebook Group - join the group and post an image of the actual 2004 Steam Locomotive £2 Coin you would like to swap or sell, or post to ask for this coin and give details of the price you are willing to pay or coins you are willing to swap. 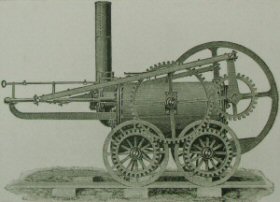 Richard Trevithick was born in 1771 and became an engineer, with his greatest achievement the successful use of high-pressure steam in his 1804 locomotive. On 21st February 1804, his locomotive became the first to use high-pressure steam to transport 10 tons of iron and 70 men over almost 10 miles. This was a great engineering milestone, and changed the way that steam was used.

This coin, issued in 2004, represents Trevithick's steam locomotive, surrounded by a cog with key details around the outside. This reverse design is by Robert Lowe and was accompanied by the obverse from Ian Rank-Broadley. The edge inscription is of a railway line pattern. 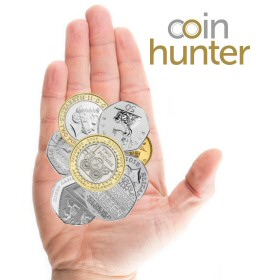 Join the Coin Hunter community to help complete your coin collection: Join Coin Hunter free and you could find this coin using our online coin hunt app. Any coins you find and lock, including the 2004 Steam Locomotive £2 coin can be yours.

Minting errors: Is there a Steam Locomotive £2 coin mint error?

Edge inscription upside down
The design on the edge of the coin, an incuse railway line motif, is upside down when the coin is Obverse (heads) side up.