Buy, Sell or Swap on the Coin Hunter Facebook Group - join the group and post an image of the actual 2008 Olympic Handover Ceremony £2 Coin you would like to swap or sell, or post to ask for this coin and give details of the price you are willing to pay or coins you are willing to swap. 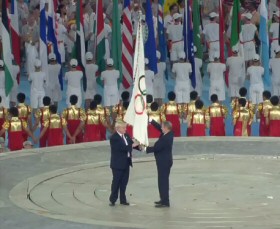 Beijing held the 2008 games and on the 24th August, the Mayor of Beijing, Guo Jinlong, handed the Olympic flag over to the Mayor of London, Boris Johnson.

This coin was to commemorate the occasion of the Olympic handover, designed by the Royal Mint Engraving Team, it has one hand passing the Olympic flag to another hand. It was the first coin to feature the London Olympic 2012 logo.

The outer section of the coin, behind the writing "BEIJING 2008 LONDON 2012" is styled to look like the lanes of a running track.

The Obverse side is the 4th portrait of H.M. Queen Elizabeth II, by Ian Rank-Broadley, this portrait has been used from 1998 until 2015. 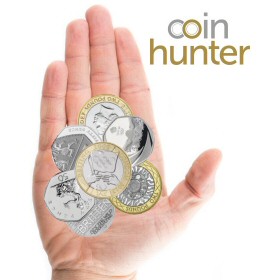 Join the Coin Hunter community to help complete your coin collection: Join Coin Hunter free and you could find this coin using our online coin hunt app. Any coins you find and lock, including the 2008 Olympic Handover Ceremony £2 coin can be yours. 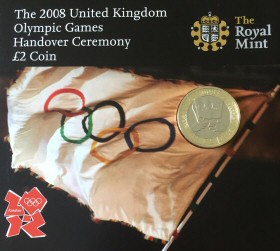